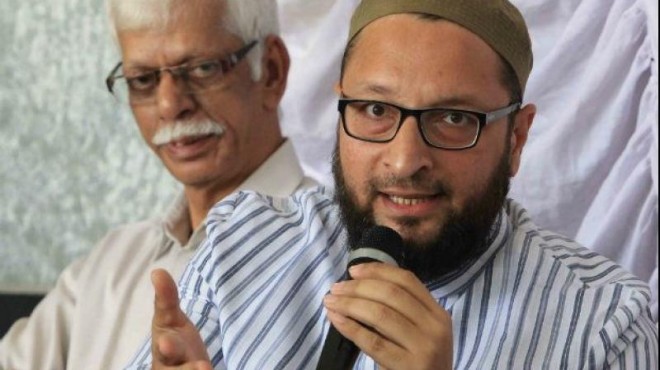 Hyderabad, Apr 09: AIMIM President Asaduddin Owaisi on Tuesday said mob lynchings were a legacy of Prime Minister Narendra Modi. He said Modi would be remembered in Indian history for mob lynching as the highest number of incidents occurred during his term.

"These incidents will haunt Modi forever because as the Prime Minister he could not stop them," the All India Majlis-e-Ittehadul Muslimeen (AIMIM) chief told the media.

Owaisi, who is seeking re-election from the Hyderabad Lok Sabha constituency for a fourth consecutive term, condemned the Assam incident in which a Muslim man was allegedly assaulted and forced to eat pork.

"What could be worse than this? In a state where there is no ban on cow slaughter and people eat beef, 68-year-old Shoukat Ali was badly beaten and forced to eat pork," he said.

Owaisi said he was appealing to people to see the helplessness of the man in the video. He said those assaulting him knew they will be protected as their own party was in power. "Such elements were emboldened after Modi became the Prime Minister," he said.

Owaisi urged people to vote for those who speak for the weak, marginalized and deprived.

"Modi does not speak for all. He is the chowkidar of those who believe in RSS ideology. Give vote to those who don't feel they are bigger than India."