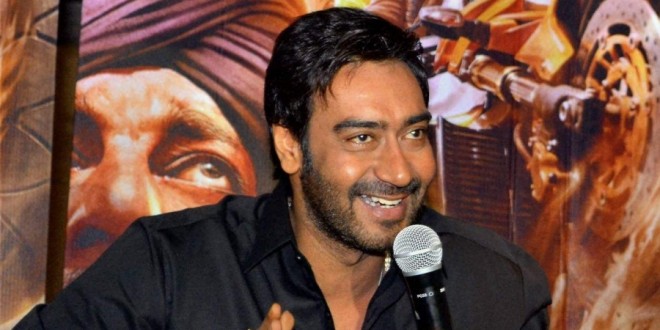 Hyderabad, Mar 16: SS Rajamouli is the sensational film director in Tollywood film industry who is currently working on an exciting project titled as RRR. Starring Jr NTR and Ram Charan in the leads, the film is going to be a prestigious historic drama intertwined around make-believe story.

Jr NTR will be seen playing Komaram Bheem while Ram Charan will play Alluri Seetha Rama Raju in the film. The makers announced that Bollywood top actor Ajay Devgan will be playing a key role in the movie and his role is said to have got a lot of prominence in the script.

Rajamouli also revealed that Ajay Devgan will appear in the second half of the film during the flashback episodes. The interesting update is that his screen time might come around 40 minutes and that really proves the importance of the actor's character in the movie.

The makers have wrapped up two schedules of the film already and the third schedule is going to take place in Ahmedabad this month end. Alia Bhatt and Daisy Edgar Jones are the heroines of the movie. DVV Danayya is the film's producer.