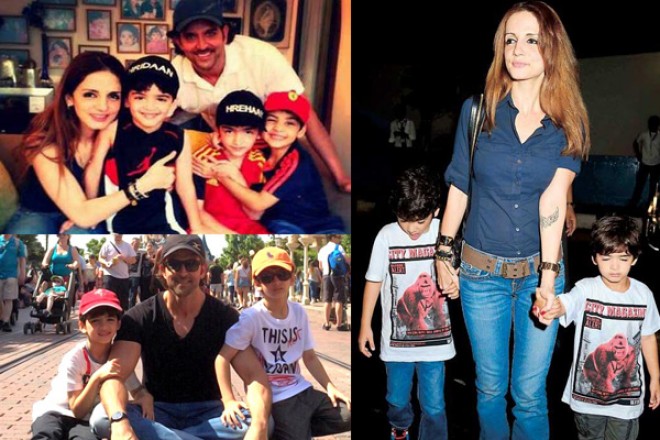 Mumbai, Mar 11: It's been 5 years since Hrithik Roshan's and his ex-wife Sussane Khan divorced in 2014. Despite the divorce, they both maintain a good friendly bond. In every occasion of their families, Sussane Khan and Hrithik are spotted. Not only for children, Hrithik and Sussane went for holidays together also. After the divorce, Sussane Khan has talked for the first time on upbringing of her children.

Interior Designer and Entrepreneur Sussane Khan an Hrithik Roshan have two children are Ridan and Rehan. In a conversation, she said that "My mother and both sisters are the most important people in my life. They have played an important role in my career and my children gave me the biggest inspiration".

Suzanne further said that "Both of my children always inspire me. I have always made a line between work and home. Then you will be motivated for your work and there will be peace at home too. "

After the release of Hrithik's first film Kaho Naa Pyar Hai in 2000, both of them got married. After 14 years of marriage, the reason behind the divorce of both of them was stated to be that Hrithik's close proximity with his co-stars. Although Sussane later called it a rumour.