How Can We Fight Pak F-16s without Rafale? 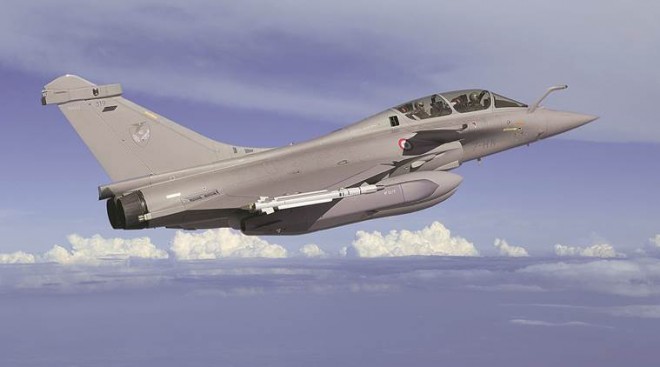 New Delhi, Mar 06: India needs Rafale jets to defend the country "from Pakistani F-16 fighters that recently bombed us", the government said today at an open court hearing on petitions asking the Supreme Court to review its clean chit to the fighter jet deal with France.

"We need Rafale jets to defend our country from F-16 fighter planes that recently bombed us. Without Rafale how can we resist them," the government's lawyer, Attorney General argued.

"Rafale fighter jets are needed, although MIG-21 of the 1960s performed beautifully against the F-16," he added, referring to the dogfight after Pakistani aircraft crossed the Line of Control and tried to target Indian military installations. The air duel took place a day after India sent its fighter planes to target a terror training camp in Pakistan's Balakot.

The government said documents linked to the Rafale deal had been stolen and petitioners were violating the Official Secrets Act by relying on classified documents. Petitioners like Prashant Bhushan had drawn the court's attention to an investigative report by The Hindu.

"It is a criminal offence. We are objecting preliminary because secret documents can't be annexed with the petition. Review and perjury petitions must be dismissed," said the Attorney General.

The Hindu, in the latest in a series of reports on the Rafale deal - the 36-jet purchase agreement at the core of the opposition's allegations of massive corruption by the government - reports that the deal became more expensive for India because of France's refusal to provide bank guarantees.

The newspaper quotes a report of the Indian Negotiating Team (INT) to the defence ministry on July 21, 2016, and says it reveals how a parallel negotiating track weakened India's position and bolstered the French.

The petitioners have asked for a review after the Supreme Court said in December that there was no reason to doubt the decision-making process amid Congress allegations of corruption in the 2016 jet deal.

The top court dismissed petitions alleging that the government had gone for an overpriced deal to help Anil Ambani's company bag an offset contract with jet-maker Dassault.