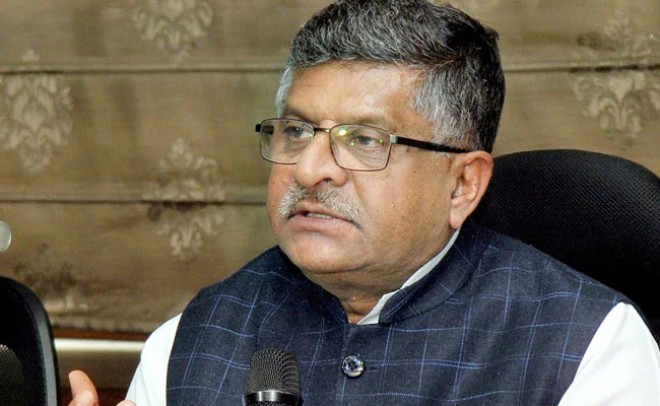 New Delhi: The aerial strike on terror camps in Pakistans Balakot has nothing to do with politics, the Bharatiya Janata Party (BJP) has said and appealed the Congress not to lower the forces’ morale for "extraneous political" interest.

Union Law Minister Ravi Shankar Prasad said, here on Tuesday, the air strike was conducted for the country’s prestige, courage and national security, and against terrorism.

Answering questions raised by Congress leaders Digvijay Singh, P. Chidambaram, and Kapil Sibal, Prasad appealed them not to lower the forces’ morale, saying “what is said here is shown by Pakistan media there”.

"I would appeal the Congress for the sake of India, please don’t lower the morale, courage and prestige of our forces for your extraneous political interest," said Prasad, adding, "why doesn't the Congress understand the mood of the country when everybody has stood together".

The Minister said the "contemporaneous evidence" of the air strike was available across the Line of Control (LoC). Even Pakistan could not deny the strike as it said the Indian Air Force (IAF) launched bombs in fields.

When no foreign country raised questions over the strike, the three Congress leaders were questioning it, he said and accused them of speaking what Pakistan says and hoped the country would expose them.

Stating that Congress President Rahul Gandhi and his mother Sonia Gandhi were behind the leaders raising questions over the IAF strike, Prasad said: "These three senior leaders who are repeat offenders are not saying all this in isolation. It is part of design with blessings of Rahul Gandhi and Sonia Gandhi."