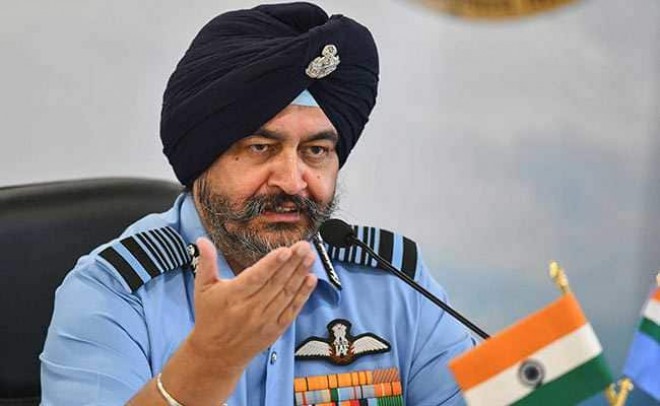 
On The Mig-21 Bison used against Pak's F16s: We fight with all aircraft in our inventory. The Mig-21 Bison is a capable aircraft, it has been upgraded, it has better radar, air-to-air missiles, and better weapons system.
We have plans for inducting new aircraft; the Rafale should arrive in September.

One is a planned operation in which you plan and carry out. But when an adversary does a strike on you, every available aircraft goes in, irrespective of which aircraft it is. All aircraft are capable of fighting the enemy.


Whether Wing Commander Abhinandan is fit to fly: Whether he flies or not depends on his medical fitness. That's why post-ejection, he has undergone a medical check. Whatever treatment required, will be given. Once we get his medical fitness, he will get into the fighter cockpit.