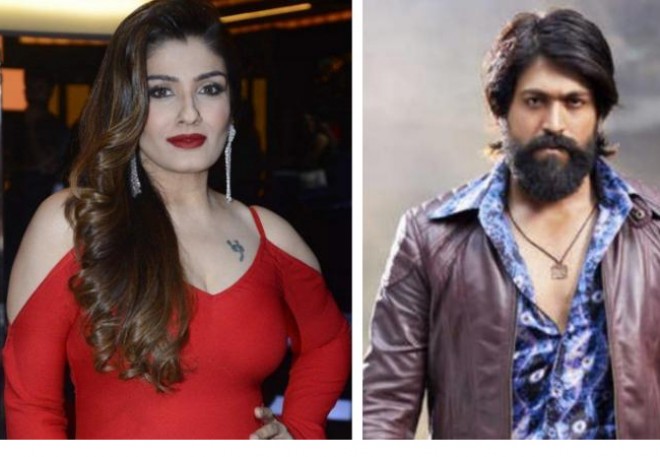 Chennai, Mar 01: KGF: Chapter 1 brought the attention of India to the Kannada film industry and its superstar Yash. The Sandalwood film even surpassed the collection of Bollywood superstar Shah Rukh Khan's Zero, which released at the same time. Now, after trying to get Sanjay Dutt onboard for its sequel, KGF Chapter 2, talks are on to sign bollywood Actress Raveena Tandon to play a role.

If buzz go well, then it'll be Raveena's return to Kannada cinema after almost two decades. She previously played a lead in Upendra's Upendra.

Raveena has also acted in Tamil, Telugu and Bengali movies in her 27-year-long career.

After the huge success of KGF: Chapter 1, which is the highest grossing Kannada film, producers are leaving no stone unturned to make KGF: Chapter 2 a more significant film. Reportedly, KGF has amassed Rs 250 crore at the worldwide box office and excitement for KGF: Chapter 2 amongst fans is at an all-time high.

Yash had revealed in an interview that they had approached Sanjay Dutt for the first part but he refused the offer and he was again approached for a role in KGF: Chapter 2.