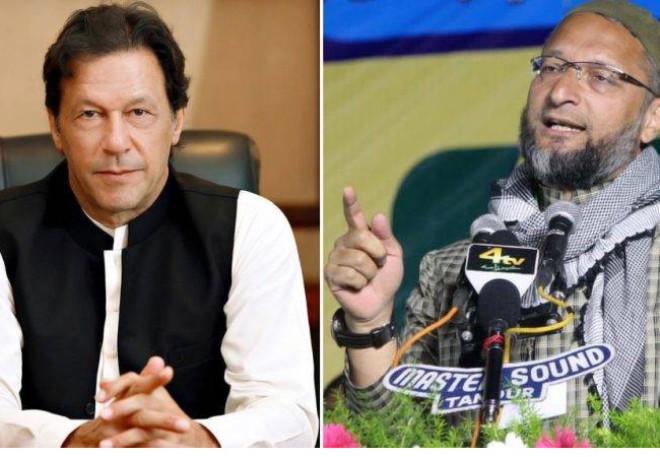 Speaking to the media, Owaisi slammed Pakistan PM Imran Khan and said, "Pulwama terror attack was executed by Pakistan government, it's Army and Inter Sevices Intelligence (IS). The outfit which killed our 40 men and claimed responsibility is not Jaish-e-Mohammed, its Jaish-e-Shayateen. Masood Azhar, you are not a Maulana, you are a disciple of the devil".

"Pakistan does not even have money and Arab nations give them charity and they are happy thinking they got food for eight days. We rejected Mohammed Ali Jinnah's proposal and chose to stay in India because India is our country. You (Imran Khan) need not worry about Indian Muslims."

Owaisi also criticised Prime Minister Modi for describing the attack as a diplomatic, political and intelligence failure. "I request you to introspect if you get time from photographs", referring to Modi. Owaisi added "Please think how was 200 kgs of RDX brought to Delhi. Did the officials in intelligence bureau eat biryani and sleep?"

Further lashing out at PM Modi, Owaisi said "This is not the first terror attack on India. There was Pathankot, Uri and now Pulwama."