Imran Khan: If you Attack us,we will Retailate 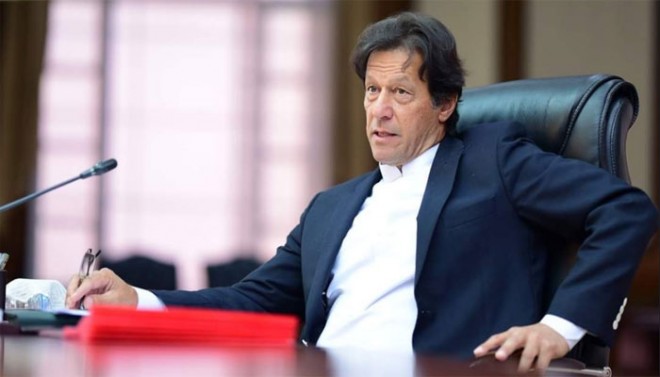 New Delhi, Feb 19: Amid Tension Over Pulwama,Pakistan Prime Minister Imran Khan today said Pakistan will retaliate if India attacks.
"There will be no other option left with Pakistan," he said.

This is Imran Khan's first statement on the Pulwama attack, the worst-ever terror strike on security forces in Kashmir.

Pakistan-based terror group Jaish-e-Mohammad was behind the attack and a 19-year-old school dropout who joined the outfit last year was the bomber who targeted a convoy of the Central Reserve Police Force (CRPF) on February 14. The Jaish-e-Mohammad is believed to have strong support from the Pakistani army and Inter-Services Intelligence or ISI.

One of the first steps that New Delhi took was to withdraw Most Favoured Nation (MFN) status for Pakistan. India had granted MFN status to Pakistan in 1996; it never reciprocated.

Imran Khan said: "Pakistan is moving towards stability. Why would we do something like this? If you have any actionable intelligence that a Pakistani is involved, give it to us. I guarantee you, we will take action, not because we are under pressure, but because they are acting as enemies of Pakistan."

"India accused Pakistan without any evidence and without thinking how this (attack) would benefit us," the Pakistan PM said. "Would even a fool try to sabotage such an important visit as that of the Saudi crown prince?" he added.